The following is an excerpt from a blog post in Web Pro News by Chris Crum.

At this point, most businesses have probably come to the realization that they are missing out on some serious opportunities if they do not have a Facebook presence. Facebook is showing that it will keep growing, despite all of the recent privacy concerns capturing the media's attention, and more and more sites across the web continue to get integrated with Facebook, which means Facebook is becoming more and more integrated into people's online activity in general. While this in itself means great things for businesses, Facebook is now offering businesses new tools to better understand data around user engagement with their brands so they can take advantage of it and better monetize their Facebook presence.

The Future of Google TV is...

The following is an excerpt from a blog post in Blog Maverick by Mark Cuban.

Google TV is going to be very interesting. It is far from a certainty that it will be more than Apple TV in terms of consumer sales. From a first glance the Marketplace is the most important and interesting element of the announcement.

The following is an excerpt from a blog post in Web Designer Depot by Cameron Chapman.

It’s been nearly five years now since the redesign vs. realign debate began.

Many designers are still approaching website changes as redesigns, with little thought to whether they should be redesigning or realigning the site for their clients.

Understanding the difference between redesigning and realigning can result in happier clients who are better at reaching their website goals.

Posted by ImageWorks Creative Team May 25, 2010

Uncle Sam wants you!
(To be found)

How does the government find vendors? GSA schedule? Maybe sometimes, but the government and all its agencies mostly rely on Google! It saves a lot of time. They can always Google a term like: “IT Support GSA Schedule” or “Defense Contractors on the XYZ Schedule.”  Using schedules is a headache, and the government always needs to find multiple qualified vendors for their contracts and bidding process.

Make sure you are the one they consider!

Posted by ImageWorks Creative Team May 21, 2010

The following is an excerpt from a blog post in Design Reviver by Paul Andrew.

A couple of days ago, Google introduced the Google Font API and Google Font Directory to everybody.

How To Successfully Educate Your Clients On Web Development

Posted by ImageWorks Creative Team May 21, 2010

The following is an excerpt from a blog post in Smashing Magazine by Aurimas Adomavicius.

If you are running a design agency, your job is very likely to combine business development, graphic design, technology and user experience design: a basketful of very different fields. When dealing with clients, one faces the challenge of clearly and effectively communicating the goals and results of the work done in these areas. In this post, we’ll provide you with some ideas on sharing information and knowledge with developers and clients — a couple of tips and tricks we’ve learned from our own experience.

Posted by ImageWorks Creative Team May 19, 2010

Dell’s ran a couple of social media studies. One claimed that over an 18-month period, Dell’s sales increased by $1 million. However, Bad Bob belittled this claim for various reasons, the main one being that Dell did not set a benchmark prior to measuring sales. While many believe Dell’s claim, it shows direct correlation between offering discounts on Twitter and increased sales, yet it’s not an ideal study. I decided to use it as an example of success, pending investigation. Call it a desirable outcome, a goal, or an example of social media’s capabilities.

Posted by ImageWorks Creative Team May 18, 2010

The following is a column from Smashing Magazine by Dmitry Dragilev.

In our past articles, we’ve experimented with better ways to engage users on web pages with CSS3. We love getting into the nuts and bolts of web design by showing off some nifty coding tricks. In this article we’ll take a step back to provide some reasoning for designers to embark on that next redesign.

Online marketing for business—do it right, and make it personal!

Posted by ImageWorks Creative Team May 10, 2010

A shift towards online marketing!  Duh, didn’t see this coming.

What is even more interesting to me is that nearly 90% of these companies plan on personalizing their website towards their target market. What does that mean? I will tell you, young Jedi. 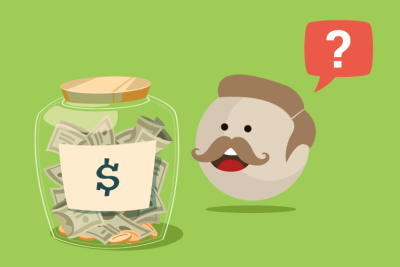 Posted by ImageWorks Creative Team May 04, 2010

To be successful, your online brand and website have to work hand in hand to convert prospects into return customers. Lead generation and ongoing web marketing are built on a foundation of a strong online presence. The question is how much will it cost to build a custom website and a brand that delivers?