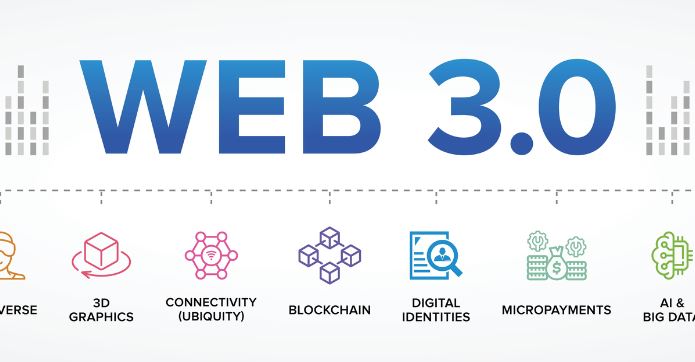 Buzzword or Reality? Financial Hegemony and The Promise of Web3 for a Decentralized Internet

Amidst a flurry of social media hubbub and venture capitalist pontificating, the term Web3 leaped into the vernacular in late 2021. Yet, in December, Elon Musk tweeted that the web's emerging new iteration "seems more a marketing buzzword than reality right now."  This article will briefly explain what Web3 is, its potential benefits, and what the Tesla CEO meant. Did he have a point, or was it a case of Elon being Elon?

Web3 Will Use Blockchain to Decentralize Online Institutions and Secure Data

Ethereum co-founder Gavin Wood coined the term Web3 in 2014, referring to a “decentralized online ecosystem based on blockchain,” the tech underlying cryptocurrency. Since then, and increasingly since 2021, many others have given their take on what Web3 entails. Although some riffs deviate from the rest, the general zeitgeist surrounding Web3 follows.

Proponents contrast Web3 meaning with Web 2.0 (the current state of the internet), which focuses on the web as a platform. In the system we use now, users produce their own content on forums, wikis, social media, and blogs hosted on big tech platforms such as Google, Facebook, and Twitter. These tech giants own, control, buy and sell user data for profit.

Web3 developers would incorporate blockchain to decentralize control of user (and other) data, according to most proponents. Online groups, institutions, and businesses would become decentralized autonomous organizations (DAOs), governed by anonymous consensus instead of c-suite bigwigs. Moreover, decentralized finance (DeFi) would allow secure currency exchange, free of government or big bank regulation. Finally, self-sovereign identity (SSI) would keep everyone's data under their own control, allowing self-authentication instead of requiring a 3rd party.

Individual Control of Data Will Democratize the Net

In addition to storing personal data safely on a blockchain, Web3 would disrupt big tech and big business. With SSI, there would be no need to log into Facebook, Google, Amazon, etc., allowing individuals to avoid fees, regulations, and censorship.

Furthermore, since communications would occur through many small competing services on blockchain, the users would receive a stake in each service they used, placing the value of each service in the hands of users, not corporate executives or investors.

Online digital marketing will have to change in Web3.  As users maintain control of their own data, "you" will no longer be the product of tech giants. Since marketers have less access to people's data, they will have to be more transparent about how they collect it, changing their focus to building loyalty, engagement, and consensus. In addition, content creators and influencers will no longer rely on single platforms but make their own money and decisions independently.

Some Doubt That Web3 Will Be Scalable, Secure, or Decentralized

What did Musk mean by “more marketing buzzword than reality”? Others have shown skepticism towards Web3.0.  James Grimmelmann of Cornell has called it “vaporware,” and programmer Stephen Diehl claims it’s a “false narrative about the disruption of legacy tech company hegemony.”

Their criticism seems to be that Web3 would not be decentralized and democratized. There are concerns that the blockchain mechanism underlying Web3 could not scale without becoming the hegemony it seeks to replace. Not without a conflict of interest, Jack Dorsey has called Web3 a "venture capitalist's plaything."  Indeed, the possibility of investment firms buying a majority stake in all the blockchain services as they emerge remains unaddressed.

The Tech Is Here but Needs to Evolve

In the context of big tech vs. big investors, Elon Musk’s comment suggests that “Web3.0'' exists as another way for wealthy types to wrangle up public support for something that will make them even richer. The promise of data independence, security, and accessibility looms, but the tech is still evolving with the latest addition being the development of domain registrations that work with your custom website and NFT to keep a consistent username across all of the internet, just as you would with your current dot com URL. Web3 may be fully real someday and may change in part how you are found online.


But for now, ImageWorks Creative will continue to monitor the growth and development of Web3.0 as it grows in use and continue to update and expand our web marketing agency services to help your company stay on top of discovery, strategy, and success. Web3.0 remains an idea that exercises the minds and imagination of cryptopreneurs great and small.